Born in the month of cuckoo, he's older than Ullr, Vanadis and Liod

"Being near you proved to be easier than I feared."

Sagr is one of the main character in the series of Path of the Valkyrie.

Loki mentioned that Sagr is a God has is Vanir Blood. And he is a herb master.

After the war between Aesir and Vanir, Sagr was forced to stay in the Ashgard among the Gods with Aesir blood. "I didn't have a choice to stay in Ashgard, to live there or to not live at all." he said (S1, Ep5). He also admitted that people forget about his existence and his powers withered every day although he had already healed from the the wound from Odin's mythical spear - Gungnir, soon he would be consumed by darkness. Seeking the answer from Mimir - God of wisdom to escape his own misery may be his initial agenda when he first agreed to help Loki and Liv.

Possessing a quick mind and observation, Sagr easily mastered medicine and all the necessary seids. But he failed to brew honey for the first time. He took up this matter with all zeal. His main mistake was to ask Loki, who was hanging out in Vanaheim, for a tasting. Loki tasted it, smiled, and said that this was the best honey he ever tried. Happy Sagr gave Njörðr a whole barrel in honor of the middle of summer... Since then, Sagr doesn't believe that liar. [1] 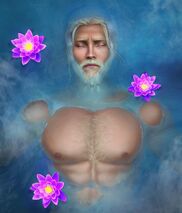 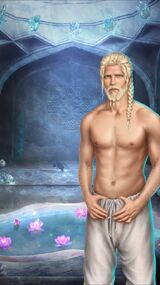 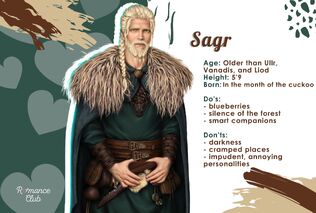 Add a photo to this gallery

Retrieved from "https://romance-club.fandom.com/wiki/Sagr?oldid=14014"
Community content is available under CC-BY-SA unless otherwise noted.