Season 1, Episode 2
Liz Taylor is one of the main love interests in the series of On Thin Ice.

Liz is a tough, hardheaded young woman who knows how to get what she wants. She has been a figure skating since childhood. Later you find out the Main Character (MC) was the one who inspired her to start skating.

She grew up being raised mostly by her hard-working and loving father, Harry Taylor, who help Liz in any way he can. Her mother left her and her father for a lover when Liz was a teenager.

Her father Harry works as a cook in a restaurant and always worked a lot, but Liz’s mother never appreciated it. She always wanted more and, according to her, Harry could not provide for his family. She wanted an expensive lifestyle for herself, so she found a lover twenty years old than her, and without thinking twice, she left her family for him. Liz refused to leave with her.

Liz is single for almost a year. Her last relationship was harrowing. She worked hard to make it last, but her girlfriend became controlling and jealous of everything and everyone. She even picked a fight with Liz’s father when he tried to protect her. That was the last straw. Now she is wary of the idea of a serious relationship.

She is cocky, proud, and arrogant girl. But if you look closer, she reveals her gentle nature.

Liz is resilient, has a tough exterior, and is not afraid to speak her mind. However, on the inside, she is truthfully kindhearted and nurturing, especially to those that she loves. 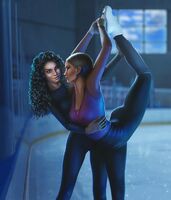 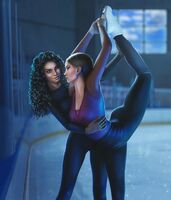 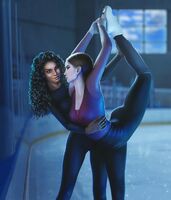 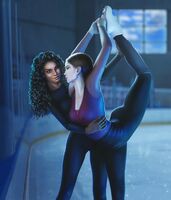 Below includes choices if Liz is your main love interest ❤️