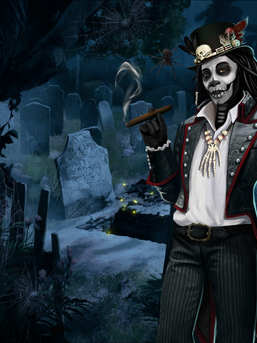 Welcome! Here we will collect all the Frequently Asked Questions about the game Romance Club. If your question isn't listed, please comment below and we'll answer your question and add it to the list.

Note: we strive to keep the FAQ spoiler-free so details on the gender of a love interest or the precise identity of minor characters that can be romanced might be omitted.

Is Romance Club free to play?

Yes. The game is free to download and play. Premium scenes/outfits require in-game currency (💎diamonds) in order to be played or worn, and each episode requires a "cup of tea" to be played. By default, you get three cups of tea maximum, which regenerate every three hours, starting after one cup is used. The in-game currency is very easy to obtain, so it is easy to enjoy this game without spending real money. Both in-game currency and "cup of teas" can be also purchased with real money if so you wish.

How often does the game update?

This game updates roughly every six weeks. The developers usually announce the release date every month or so. For more precise info about when the next update is due and to pass the time with fun activities and discussions in between updates, come and join us on the Reddit fan community!

How do I get diamonds?

Some choices in this game are premium choices and cost in-game currency, which is represented by blue diamonds.

It is easier to earn in-game currency in this game compared to many competitors, and the range of free/cheap options is also really good, so you definitely don't need to spend real money to enjoy this game.

I don’t get adverts any more to watch for diamonds. What do I do?

If this still does not work, email RC customer support at: support@yourstoryinteractive.com

When contacting support, make sure to include your User ID with your query. To find your UID click on the cog on the top bar of the app, then on Tools: your UID is the long string with letters and numbers at the top of the box.

How do the special events work, how often do they happen, what about diamond choices I unlock during an event?

The diamond rush events / free tea / shopping events or any other special event don't have a set schedule. They are random and the developers are the only ones who know when they will happen. We usually get the announcement in the app a day or two before, and they usually happen on or near a weekend. Once the announcement is in the app, there is a timer on the event cover that will tell you how many hours are left before the event starts, or, once the event has started, how many hours are left until the event ends.

All premium choices you unlock during any of the free diamonds/free play events remain unlocked even after the event has ended, forever and in all future replays.

Can I personalize my MC? (Main Character - you the player)

Yes. You can customize your MC's skin tone, hairstyle and wardrobe. In some books - Sails in the Fog, Moonborn, Legend of the Willow, Love from Outer Space, Sophie's Ten Wishes and Arcanum - you cannot choose your character's first name, but in all the other books you can. In most books, you cannot choose your character's last name, but Love from Outer Space is the first book that allows you to do so.

Can I play as male/female?

Can I date both female and male Love Interests?​

Yes. In each book, you have the opportunity to establish a romantic relationship with either male or female characters, although generally speaking, the male characters seem to have longer scenes and more space in old books, while new books have expanded on the female LI content.

Which characters can I romance in each story?

Please keep in mind that this list might not be exhaustive as we might have not played all the possible routes and that we will update it as more chapters are published and we find out new info. The characters that we know are romanceable so far are: [⚠️ Please note that clicking on the names that have links will bring you to the individual characters pages where plot spoilers are revealed]

In which stories can I/should I balance my stats?

Do my choices really impact the story?

Yes. In this game, choices really impact the plot in a significant way, and the plot branches are many and vastly different from each other, including multiple endings. Each book has various choices that put you on different "paths". These paths influence the story, and in some books also the outfits you will have available, the characters you will interact with and the scenes you play. For example: in one book if you choose the path of adventure, your character will steal a car, but if you choose the path of drama, your character will cry and convince the car's driver to give her a lift.

Can I restart a single book?

Yes and no. If you want to replay a book, you have the option to restart only the latest season or the very first season. The developers have promised to add the option to restart any season in one of the future game updates. Please note, however, that you cannot play two different seasons of the same book at the same time. If you are on season 3 and decide to restart season 1, your progress for the whole book will be reset back to season 1.

Note about Bonus Episodes: this is now a discontinued feature and they no longer appear in the game. If you see Bonus Episodes referenced anywhere, they were extra episodes at the end of a book's season that to be unlocked needed you to either wait 24h or pay a certain amount of diamonds (100 at first, then down to 10 in most recent times).

If I restart a book, will my premium choices be saved?

Yes. If you restart a book from the beginning, all the Premium (diamond) choices you have previously unlocked will be saved. However, if you decide to change the path you were on - for example, you played on the diplomatic path and decide to now replay on the fortitude path - all the outfits/scenes that belong to a path you are no longer on will not be available to you, including the ones you might have purchased, and you will have the choice to purchase new ones that correspond to the path you are on. Not all books have different outfits for different paths but all books have different premium options based on different choices the player makes.

Also please note: each outfit/accessory/hairstyle you unlocked will only be available in the story from the moment it is offered, so if you restart the book from episode 1, you can't wear a dress you obtained in episode 5, even if this dress appears in the general MC wardrobe that is accessible from the front page of the book.

What are special episodes?

Special episodes are extra short stories set in the same universe as the main book they are connected to. Since they are usually set after the main book ended, you can't play them unless you have already finished reading the full book. We don't know which books will get special episodes, as the developers just announce them on a case-by-case basis.

Why is the special episode locked for me?

The special episodes released so far have been set up so that only people who already completed the main book are able to play them.

Who are the authors of each book?

Is your question not listed here?

Do you have more questions or comments? Tell us below or come and join us on the Reddit fan community!